Driving up the mountain to Boone I was surprised by a flock of small birds that flew out from some nearby trees along the roadside. The sky was covered by these tiny black specs, thousands of them flying off to some unknown destination. As I watched in wonder at God’s beauty my mind wondered to the Christmas story and the presence of angels. 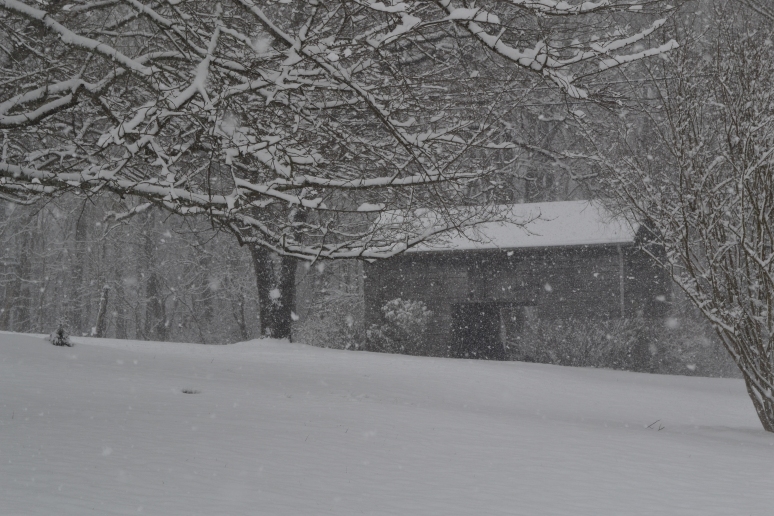 It’s dusk and another day’s work is done. The sheep are all accounted for and it’s finally time for rest. But before the shepherds could lay down their weary and aching bodies, heaven opened and God’s special messenger appeared with the greatest birth announcement this world has ever received.

And, lo, the angel of the Lord came upon them, and the glory of the Lord shone round about them: and they were sore afraid. And the angel said unto them, Fear not: for, behold, I bring you good tidings of great joy, which shall be to all people. Luke 2:9-10

And suddenly there was with the angel a multitude of the heavenly host praising God, and saying, Glory to God in the highest, and on earth peace, good will toward men. Luke 2:13-14.

A multitude, a great number, not just one angel, but thousands covered the night sky. Like snowflakes–singing angelic praises.

Luke tells us after their song and praise, the angels went away, “into heaven”.

And it came to pass, as the angels were gone away from them into heaven, the shepherds said one to another, Let us now go even unto Bethlehem, and see this thing which is come to pass, which the Lord hath made know unto us.  Luke 2:15

And angels adorn our trees and our children costumed in angelic whites and golds and silvers in our Christmas programs and God sends.

I sat in awe of him–on this Sunday morning–he walked through the doors and worshiped with my church, this man whose skin may have been different but the heart the same.  He stood in the midst of our congregation and I watched him as he stood and sang during the offering song. He didn’t need a song book. He knew the words by heart. I watched as a deacon and others in my church reached out their hands in fellowship–welcoming him while the offering plate passed from pew to pew.  He was one that never returned. Could it be, we as a church have entertained angels as the Bible speaks? I believe.

Be not forgetful to entertain strangers: for thereby some have entertained angels unawares. Hebrews 13:2.

How to be a gift this Christmas

Pray for the homeless and the hurting

All scripture references from the KJV Bible